Enter your City name or Pincode

Tonk is a town in Rajasthan, located 95 km south of Jaipur and on the right bank of river Banas. It has immense historical importance due to influences of various rulers here. This town was the administrative headquarters for Tonk district and capital of the eponymous princely state from 1817 to 1947. Architecture in this city has a unique blend of Rajasthani and Afghani structures, as it was once ruled by the Pathans of Afghanistan. Tourists from around the world visit this city to admire its cultural heritage and visit some magnificent structures such as the Sunehari Kothi and the Arabic and Persian Research Institute. 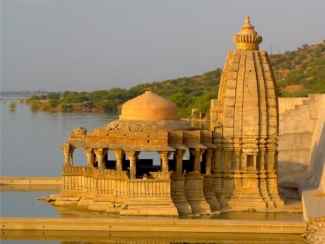 Reaching the city of Tonk

Though Tonk is well connected by road, it does not have a railway station and an airport. While Isharda railway station is about 41 km from here, the nearest Jaipur airport is 88 km. Comfort experienced during your journey here will depend on the time of visit, as temperatures are high (up to 45 degrees C) in the summers and extremely low (down to 4 degrees C) in the winters. The best time to visit places in Tonk is from October to March.

Places to shop in Tonk

It is natural that a place as rich in cultural heritage as Tonk would have several markets to collect clothes, jewellery, artefacts and other products. The city is majorly famous for high quality of leather goods. Two places to purchase such goods are Darbar Market on Sawai Madhopur Road (State Highway 37A) and Subhash Circle.

Nicknames given to Tonk

As a result of its diverse influences, Tonk has been given different phrases over the years. With the city having been founded by a Nawab and then ruled by many Nawabs, it is often called as the “Lucknow of Rajasthan.” It is also referred to as Adab ka Gulshan (Rose garden of etiquettes) and Meethe Kharboojo ka Chaman (garden of sweet watermelons).

There are many attractive places to visit in the city of Tonk. To begin with, Sunehari Kothi or Mansion of Gold is the most famous landmark here. It was constructed by Nawab Mohammed Ibrahim Ali Khan and was meant for poetry recitals, dance and music. The monument also houses exquisite glass paintings. Apart from this, you can also go to Shivaji Garden, which is extensively green and peaceful. This was designed in accordance with Mysore Gardens and Hiran Magari Park. An area where you can visit and marvel at the craft of an artist is Hathi Batha, where only a large rock has been used to carve out an entire elephant.

Are you a Business Owner?

Add the products or services you offer